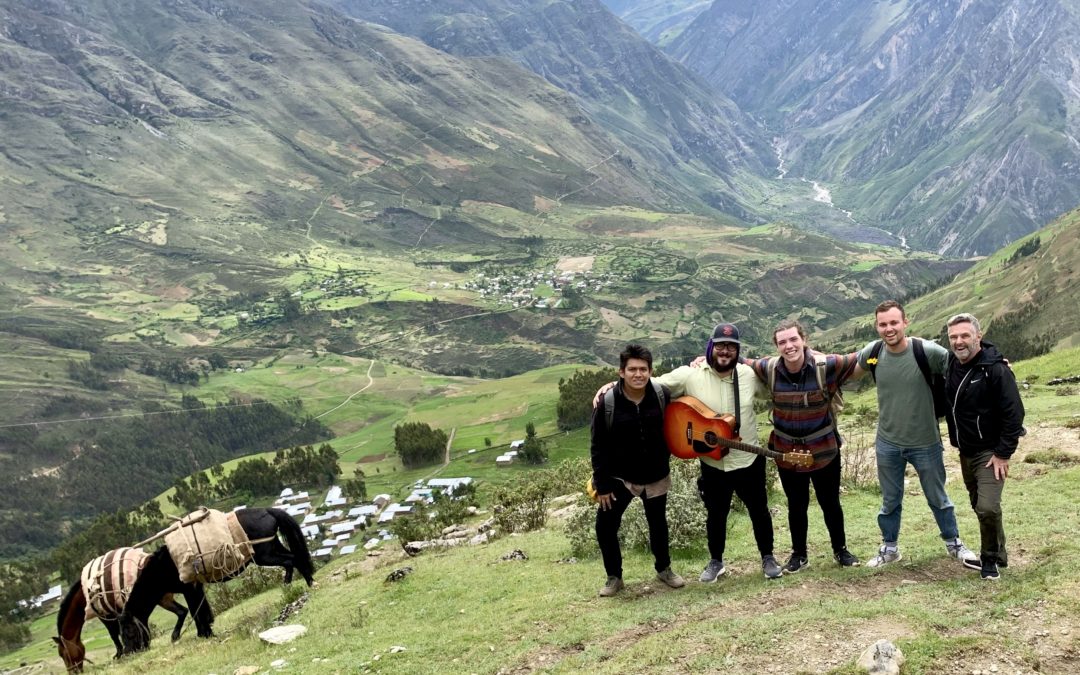 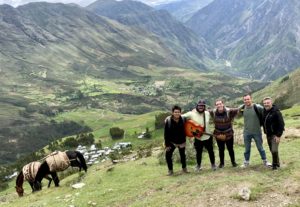 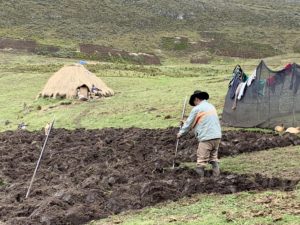 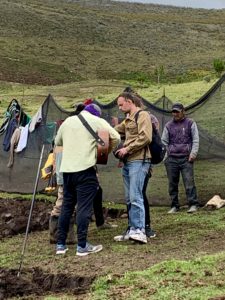 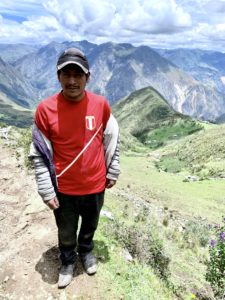 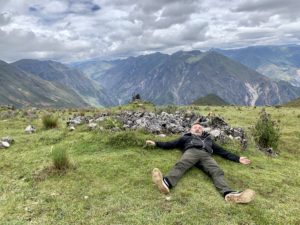 We pulled into Miobambas after a rather adventurous ride along the mountain roads of the Peruvian Andes. At 11,000 ft this village was the highest altitude we had reached and the air was definitely thin.

Arriving at the local pastor’s home we found out that many people from the village were working their potato harvest even higher in the mountains. The fields were about an hour and a half hike straight up. We decided that five of us would go with the local pastor up to the fields, while the rest of the group worked with some children in the village. So up we went. Slowly.

During the ascent we were breathing heavily and had to stop frequently. It is hard to understand the effects of altitude on the heart and lungs unless you have experienced it. It is like suddenly you have become a two pack a day smoker trying to run a marathon. I had to remind the group that I was three times their age. I was a 58 Chevy… not so fast or aerodynamic.

Once we reached the top I collapsed on the grass and felt lightheaded. After a brief rest we went to the first people we saw, two men tilling the soil with hand tools. We sang a worship song and prayed for them. I stayed there and the others went on further to an older woman and her two grandsons. My students, Devon, Reint-Jan, and Isaac spoke to her through our translator, Frank. She had trouble hearing because she was partially deaf. They prayed for her ears and she was healed. Then they lead the two boys to Christ. I know those last two sentence sound way too casual for the content they carry, but that is how it was that day. Very New Testament.

The group then moved on to two other men higher up in the field, who turned out to be Christians. They sang and prayed with the men. Because they were struggling with the altitude, the group asked the men if they could call people higher up to come down where they were. One of the men rebuked the group, saying: ” If God has called you to do this, you should go the distance, whatever it takes.”

So the group moved on further to a hut where they found a woman who was experiencing a lot of pain in her head and body. As they worshipped with her, their lightheadedness and altitude sickness subsided. They prayed for the woman and she was instantly freed from all pain. Celebrating, she invited them for some food in the hut. Meanwhile, I had recovered from my bout with the altitude and was having my own encounters with the occasional passing farmers.

Eventually the group made their way back to me and told me the whole story of their experience, which I recorded on my phone. They were all a little Jesus-drunk. High on the Holy Spirit. It was an Acts 2  kind of afternoon. Isaac told me he had planned to shout his name from the top of the mountain, but had forgotten to. He now realized he had “shouted” Jesus’ name instead, and that was much better.

We hiked back down to the village in half the time and did a church service. As we were singing the song “Reckless Love” in Spanish, these lyrics hit me with new force:

That afternoon on the top of a mountain in the Andes we had been a part of God’s reckless love for all people.